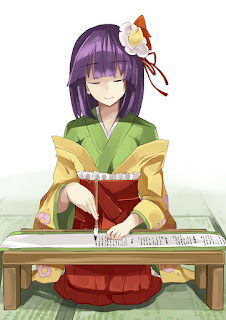 Earlier this year, L. Jagi Lamplighter tackled the same idea of what distinguishes fanfic from homage that I did yesterday. Now, the idea of playing in another person's sandbox has a long and distinguished history, already old when Shakespeare penned his plays. (Jagi points out that, if all it took to earn the label "fanfiction" was to use someone else's work, "we would have to refer to Mid-Summer’s Night Dream by Shakespeare as “Huor of Bordeux fan fiction.”)

Once again, my intent here is not to take swipes at fans writing stories of their favorite characters. I'd be a hypocrite if I did. Like Jagi, however, I recognize similarities in many of today's published stories to the worst excesses of fan works. But her example better illustrates the faults unique to fan fiction that might not be present in other fan works:


Marvel has replaced all the original heroes we love with new heroes of the same name who are different. This might not too bad, if the characters were noble and heroic, but they are not. The new set of characters emote. They stand around while others admire or adore them, and they do easily tasks that the real heroes found difficult.

There was something familiar about this kind of writing. I had seen it before. But it took thinking about it for a bit before I sat up and exclaimed, “Oh, I get it! They’re writing Marvel fanfic!”


[Jason Rennie, publisher of Superversive Press] defines fan fiction as “doing violence to the [fictional] universe.” What does he mean by that? What is the kind of violence that is usually done?

The first kind of violence is emotional.

I mentioned the tiny porthole through which a single candle passes as an analogy for the emotions showed by some stalwart characters. They act out of duty or purpose and do not let their emotions come between them and their goal. Only rarely, at moments of high tension, do they occasionally reveal the single crack in their fortress-armor.

Fan fiction rips open that crack and makes the whole story about emotions—emotions that the character would never ordinarily express.

After prohibition ended in America, it became popular to have movies that glorified drinking, such as Philadelphia Story, where partway through the story, the dignified main characters would drink too much and suddenly blurt out what they were really thinking.

Or they would kiss someone that they would never otherwise have kissed.

Emotional fanfic treats the our characters as if they are perpetually drunk…or worse…so that they act without inhibitions, saying or doing things that the real character—the one that has to live with the consequences of their actions and who, usually, has some modicum of dignity—would never do.

Fanfic characters blurt out their loves, hates, romantic longings, and fears…personal things most characters would never reveal come pouring out of their mouths. Even worse than never reveal, things they would never feel come gushing out.

Other types of violence include:

Talking about nothing real—conversation limited to things like relationships, how awesome they are, and other simplistic conversations

Overly simplistic relationships: everyone is so buddy buddy, without the real differences of personality that every human relationship faces.

Super-cool wow wonder—a lot of time is spent on how much other people admire the character.

The ability to easily beat anything…quickly.

And that, in a nutshell, is the problem with most fan fiction pieces.

The emphasis is mine, focusing on the signs of the greater problem. This is how the inward focus of narcissism manifests in story. It is not a surprise that as geek culture got normalized and then popular, that more of this style of writing appeared on the shelves. As yesterday's World Class Bullshitters video on toxic fandom mentioned, today's fandoms have an "incessant need to...rewrite entertainment to fit their psychological needs." Jagi's above list shows the scars caused by the ensuing violence to the universe. (As an aside, message fiction often carries the same scars because the story is also distorted to fit a pre-shaped mold. Again: see Marvel.) And as the delineations between fan works and published works continue to blur, we will see more of this writing. (More on that subject in a future post.)

Fortunately, there is a way to avoid this popular trap, as Orson Scott Card said:


There is no inner life of a person in isolation. There is only the life of the individual in relation to others. Inner life is a myth, and a harmful one at that. Studying yourself teaches you nothing about yourself, just as trying to build your self-esteem does nothing for your self-esteem. Only turning outward -- and I mean only turning outward -- gives you a life worth living and a reason for self-esteem and an understanding of what and who you are. I say this as a confirmed introvert (grins). So when I see other writers exploring a person's "feelings," I get impatient. Feelings can be chemically induced; they come and go; they're not any kind of guide to who a person is. Only what a person chooses to do can tell an observer or himself who he is. And since we become different people in every relationship we have, the only way to get any kind of understanding of my main character is by showing him in juxtaposition with many other fully-realized characters. In fiction as in life, we are what we do to others. Jesus was not playing paradoxes when he said that to find your life, you must lose it in the service of others. Nothing is more empty than a person who lives only for himself and seeks to find himself through examination of that empty room.

And it is this approach, of character revealed through action, which is one of the vanishing secrets of pulp writing. Of good writing.