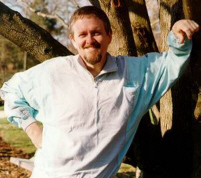 Star Trek Discovery recent revelry in the dubious honor of being the first Trek to dip into George Carlin's "Seven Words You Can't Say On Television" sent me reaching for an old interview with Orson Scott Card where he addressed the recurring tendency towards shock in science fiction:

"But unfortunately, most of these arts are practiced by people who have not grown out of the adolescent stage of wanting to shock people in order to seem cool -- even though, like adolescents, they can't think of a single new way to shock anybody, so nobody is actually shocked at all, they're just embarrassed or bored ... or, if they're marginal personalities, excited in a sick way."

As I read further, I found a wealth of writing advice:

"In truth, the secret to all characterization for me is expressible in two maxims: Every character is the hero of his own story, and You don't write characters, you write relationships. In practice the first maxim means that you must let characters have their own purposes and agendas, not just do what the plot requires, and the second maxim means that nobody is the same person to everyone -- who they are depends in large part on whom they're with."

including a refutation of the first version of Whedon's Law, where as soon as a character turns evil, the grow in intelligence and thus interest:

To paraphrase Tolstoy: Good people are endlessly fascinating, but wicked people are all weak, cowardly, or evil in the same old ways. I don't find evil fascinating. I find it predictably self-serving. But good people are the ones who struggle to balance their own needs with the needs of loved ones and the communities to which they have given allegiance. The result of this attitude of mine is that, with rare exceptions, I don't create "pure" villains.

He also addresses the common writing vices of our time, the inward focus on the self and the move towards dialogue instead of action to reveal character:

There is only the life of the individual in relation to others. Inner life is a myth, and a harmful one at that. Studying yourself teaches you nothing about yourself, just as trying to build your self-esteem does nothing for your self-esteem. Only turning outward -- and I mean only turning outward -- gives you a life worth living and a reason for self-esteem and an understanding of what and who you are. I say this as a confirmed introvert (grins). So when I see other writers exploring a person's "feelings," I get impatient. Feelings can be chemically induced; they come and go; they're not any kind of guide to who a person is. Only what a person chooses to do can tell an observer or himself who he is. And since we become different people in every relationship we have, the only way to get any kind of understanding of my main character is by showing him in juxtaposition with many other fully-realized characters. In fiction as in life, we are what we do to others.

These stories are the root of the field. If you don't know them, you will try to reinvent the wheel; and since the readers do know them, it will kill your work. Besides, you can't learn the tools of the trade without being familiar with how they've been used and developed. Science fiction is more demanding than literary fiction, and is harder to do well; the reward is that science fiction and fantasy allow you to tell any story that can be told in li-fi, and far more that can't.

A solid recommendation to which I would add Appendix N to the list to round out fantasy.