Let's start this link roundup with a link to a survey of Romanticism and Romantic writers.

"In a broader sense, Romanticism can be conceived as an adjective which is applicable to the literature of virtually any time period. With that in mind, anything from the Homeric epics to modern dime novels can be said to bear the stamp of Romanticism."
I'll take a closer look at Romanticism soon, as Romantic writers such as Walpole, Hawthorne, and Poe not only influenced the pulps up through Weird Tales and its like, they were often reprinted in the same pulps--and the first comics, as:

Adventures Into the Unknown was an American comic-book magazines series best known as the medium's first ongoing horror-comics title. The premiere included a seven-page, abridged adaptation of Horace Walpole's seminal gothic novel The Castle of Otranto, by an unknown writer and artist Al Ulmer.

Perhaps the pulps are the last bloom of the Romantics before the Realists and Modernists took over literature?

"I have often thought how interesting a magazine paper might be written by any author who would — that is to say, who could — detail, step by step, the processes by which any one of his compositions attained its ultimate point of completion. Why such a paper has never been given to the world, I am much at a loss to say — but, perhaps, the autorial vanity has had more to do with the omission than any one other cause. Most writers — poets in especial — prefer having it understood that they compose by a species of fine frenzy — an ecstatic intuition — and would positively shudder at letting the public take a peep behind the scenes, at the elaborate and vacillating crudities of thought — at the true purposes seized only at the last moment — at the innumerable glimpses of idea that arrived not at the maturity of full view — at the fully matured fancies discarded in despair as unmanageable — at the cautious selections and rejections — at the painful erasures and interpolations — in a word, at the wheels and pinions — the tackle for scene-shifting — the step-ladders and demon-traps — the cock’s feathers, the red paint and the black patches, which, in ninety-nine cases out of the hundred, constitute the properties of the literary histrio."

I collect a fair amount of writer's advice here. The Master of Fiction offers a look into the process of writing in his "The Philospohy of Composition", and like the pulpsters that followed him, his methods are far more deliberate and planned than the current fashion.

A formative influence on Frank Herbert's Dune has recently been unearthed is discussed. (EDIT: I have been corrected. The links between Sabres of Paradise and Dune have been known for over 12 years.):

Lesley Blanch, the book’s author, has a memorable biography. A British travel writer of some renown, she is perhaps best known for On the Wilder Shores of Love (1954), an account of the romantic adventures of four British women in the Middle East. She was also a seasoned traveler, a keen observer of Middle Eastern politics and culture, and a passionate Russophile. She called The Sabres of Paradise “the book I was meant to do in my life,” and the novel offers the magnificent, overstuffed account of Imam Shamyl, “The Lion of Dagestan,” and his decades-long struggle against Russian encroachment.

Anyone who has obsessed over the mythology of Dune will immediately recognize the language Herbert borrowed from Blanch’s work. Chakobsa, a Caucasian hunting language, becomes the language of a galactic diaspora in Herbert’s universe. Kanly, from a word for blood feud among the Islamic tribes of the Caucasus, signifies a vendetta between Dune’s great spacefaring dynasties. Kindjal, the personal weapon of the region’s Islamic warriors, becomes a knife favored by Herbert’s techno-aristocrats. As Blanch writes, “No Caucasian man was properly dressed without his kindjal.”

The Daytime Renegade discusses how art has become "a narcissistic howl that we hope to get attention for, not to “get better” (that’s usually done in private with family, friends, and professionals), but for the attention itself," and ends with a telling quote from Frank Zappa.

ZAPPA: No. Most people don’t think I’m rational. They’re too busy featuring their hurt. They find it irrational not to feature your hurt. That’s how fucked up they are.

From the frontiers of ComicsGate, a tale of two Squirrel Girls, or Marvel vs. Toei: 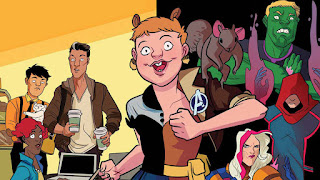 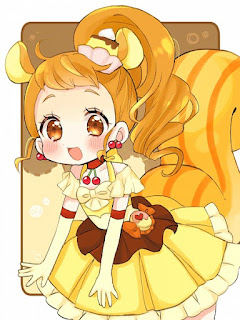