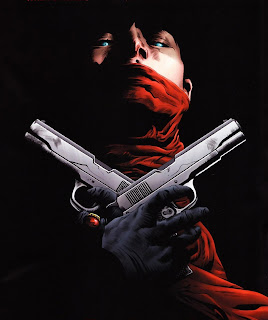 "Mr. Vincent?" the person said. "This is the jeweler. I have a message for you."
The word "message" made Vincent become suddenly alert. The voice was talking slowly now, and certain words came in a slight emphatic drawl.
"Your watch was sent to another man by mistake. We expect to have another in very soon; perhaps by next Tuesday. It will be delivered to your room."
The message was forming in Vincent's mind. He did not reply.
"Was my message clear?" came the question.
"Yes," Vincent replied.
He hung up the receiver and repeated the stressed words slowly and softly to himself:
"Watch − man − in − next − room."

Harry Vincent is taken to a hotel where clothes, lodging, and spending money wait for him--along with a mission from his new benefactor.  "Watch the man in the next room."

Harry keeps an eye on his neighbor, one R. J. Scanlon. Despite his already skilled surveillance, he falls repeatedly for Scanlon's tradecraft yet still manages to compile a growing dossier on the man.

A Shadow follows Cronin as he meets with Croaker to double-cross a gang. Because Cronin revealed his name, he makes Croaker take over finishing the job: find the disk and take it to the fence, Wang Foo.

Gibson follows the tendency of the period to include dialect in dialogue. Intended to provide verisimilitude, the purposeful misspellings to mimic an accent are eye-watering, especially with the black driver in the second chapter. Prose should not be a code to decipher, whether written by a pulpster or Mark Twain. Fortunately, this tendency has fallen out of favor. Oh, and to stave off cries of racism, Gibson writes each character with specific word choices and dialect to reflect their station, not just the black man.

We're just under 10,000 words into the story, and the Shadow has appeared only twice. Once to rescue Harry Vincent, stopping only to kill a carjacker or two, and a second time in quiet surveillance of Cronin and Croaker. At this moment, he doesn't even bear the moniker, although Harry has suggested it in his mind. Meanwhile, Harry has given himself wholly to the Shadow's cause and has proved himself to have some skill, but not the experience needed to avoid common pitfalls.

The pulp fascination with chinoiserie appears here, with the Chinese disk and the Chinatown fence. Gibson will not indulge in the Yellow Peril of Fu Manchu, a trope already showing its age with the advent of Charlie Chan as a police hero. We will soon see what his particular twist on the trope.

The mystery is still developing, with the first twists already falling into place. Who knows what will happen when Harry makes his first report?