Writing for the Pulps: Walter Gibson 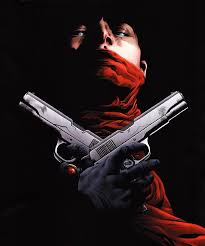 Since discovering Lester Dent's Formula online, I have been searching for similar writing advice from Walter Gibson, creator of the Shadow and father of the hero pulp genre. Unfortunately, more has been made of Gibson's amazing productivity as a million words a year man than his actual technique. Snippets of interviews revealed some of Gibson's writing practices. He was a strict outliner, to an extent rarely seen outside of epic doorstopper fantasies. Where Lester Dent would improvise from his formula, Gibson worked everything out beforehand so that his writing would be uninterrupted. Even then, this fact was included in Gibson's productivity tips, not how he approached the craft of storytelling.

Fortunately, a Writer's Digest column has resurfaced. Titled "A Million Words a Year For Ten Straight Years," it captures Walter Gibson's storytelling approach in his own words. I am currently trying to determine if the article is in the public domain. If so, I will reprint it in its entirety here. In the meantime, let's see what one of pulp's grandmasters has to say about character and plot.

When I first started writing the Shadow stories I had two things to do: create a character and devise a plot. I treated them as one, and herewith made a chance discovery. It was this: build a lead character, and a story will build itself around him. In a sense, he lead character becomes the plot, or at least the main portion of it.

This is by no means as obvious as it sounds. It does not mean to construct a character, equip him with a lot of things that will please you, and may catch the reader. That's just as far away from it as beginning with a solid plot, and then jamming the lead character into it. If the character is to be the personalization of the plot, he must develop with it.

You must treat your character as a discovery, rather than your own creation. Treat him, not just seriously, but profoundly. Picture him as real, and beyond you, in mins as well as prowess. Feel that however much you have learned about him, you can never uncover all. This mental attitude gives you a deeper knowledge of the character than the story itself discloses.

Th plot induced by this process will normally require a lesser character who may be termed the "proxy hero." He is the person, along with others like him, who is matched against the villains of the piece, in a theme which is really the personal saga of that all-important lead character, who is developed through his influence and action towards the lesser figures.

The proxy can be replaced by another, even from the wrong camp. The unity lies in the lead character's identity with the plot. When incidents and situation are fed to him, they are used or rejected, according t how the rebound to the writer.

This isn't metaphysical bunk. It's the system I have used, though it may sound odd when rationalized.

Basically, my lead character is in the game for his own amusement, and therefore (parenthetically) the reader's entertainment. 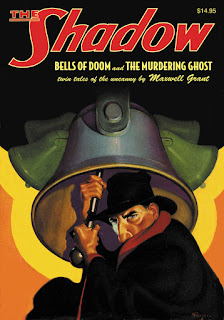 The thing that amuses him is straightening out the comparatively small problems that concern the lesser characters in the story. Looming large to them, those problems, either separately or linked, reach the lead character, and the combined burden changes his implied fun into damnably earnest business.

I found I could start a story just from that.

However, it wasn't a case of taking any character, and giving him any problem. They must be suitable to that lead character, who IS your story. The "proxy" can be dumb or bright; his problem small or large, plain or bizarre. But it must feed to the lead character, or--here's a help--must furnish the impetus to another problem that is very well suited to him. In which case, the original character and problem is like giving a car a shove, when the starter won't work.

I learned these things the hard way.