Alternatives to Avatar: the Last Airbender

With Netflix's recent streaming of Avatar: The Last Airbender kicking off yet another fandom scrum, a group of online mutuals and I put together a list of books, films, and shows that scratch that same chinoiserie itch.

Granted, indie readers know that the lists are flooded with xianxia and wuxia translations and East meets West inspired adaptations. Not to mention that, since the Matrix, Hollywood has been kung-fu fighting in a classic Hong Kong style. So this chart is but an introduction to the wild realms of Chinas that never were, but possibly should be.

And for those looking for deeper cuts beyond the list, the classics Journey to the West and The Water Margin are a must. Gamers should check out the Dynasty Warriors series, Romance of the Three Kingdoms, and the Suikoden series. And movie buffs should also check out All Men are Brothers and Martial Arts of Shaolin. Although any Venom Mob movie will suffice. Those looking for East and West mashups should consider Dakota Krout's Divine Dungeon and Artorian's Archives series as well as M. H. Johnson's Silver Fox and Western Hero novels.

Aang's martial arts style begs for a mention of 8 Diagram Pole Fighter, however the humor and some of the action does not translate well to Western audiences. Film buffs searching for a Shaolin/Air Tribe should start instead with The 36th Chamber of Shaolin, with its unrivaled training montage. 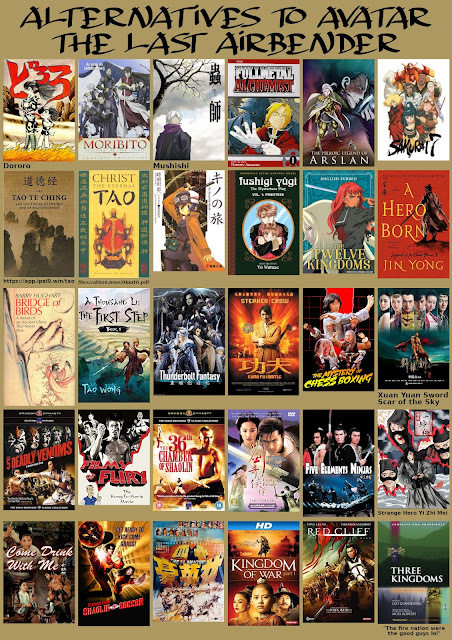 Posted by Nathan at 3:16 PM No comments:

This week, Alexandru Constantin sent out the call for a new review circle:


One of my goals here at The Dacian is to foster an environment rich in community and discussion, a network of readers and writers that share that can discuss novels, short stories, movies, and art across multiple platforms.

The Short Story Book Club is simple, every two weeks or so I will pick a short story for us to read and discuss across our blogs and social media. The idea is to foster conversation and promote the sort of work I find aesthetically and intellectually interesting. My hope is twofold, first I want to create a sort of intellectual back and forth that elevates the critical discussion around the work in order to build a critical framework for analyzing pieces from a counter-cultural conservative perspective. Second, by building a body of critique and discussion I hope to bring attention to both the work itself and to the larger community that for the most part lies outside the mainstream.

The first story is an old favorite that deserves more recognition:


The first story I want to read and discuss is Schuyler Hernstrom’s Mortu and Kyrus in the White City from his brand new collection The Eye of Sounnu.

Hernstrom’s writing is the fantasy version of an underground death metal LP that you can only pick up at an invite-only exclusive show held in some cave in the middle of dark wood. Every story in his new collection is unbeatable but Mortu and Kyrus, while not my top favorite, is not only a fantastic ass-kicker but a direct assault on the moral degeneracy of mainstream science fiction and fantasy.

In the spirit of the discussion, I am reposting my initial review a beloved modern sword & sorcery classic. 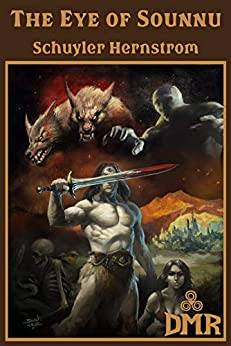 In Mortu and Kyrus in the White City, Schuyler Hernstrom returns to sword and sorcery, blending Dying Earth, Mad Max, and even a little Shaw Briothers kung fu into a future Earth recovering from the heavy hand of an alien overlord. The namesakes Mortu and Kyrus, a pagan motorcycle barbarian from the North and a Christian monk from Zantyum respectively, are on a quest to break the sorcerer’s spell that chains Kyrus into the form of a monkey. On the long road, they find a caravan attacked by nomads and a wayward Christian knight. Mortu and Kyrus intervene with a few sharp strokes of Mortu’s axe, and in gratitude, the caravan invites the duo to their White City. Within moments of their arrival, Mortu and Kyrus are swept up in the dark secrets beneath the foundations of the City.

Following in the well-worn path of sword-and-sorcery duos inspired by Fafhrd and the Gray Mouser, Mortu and Kyrus split the questing responsibilities in the traditional way. When presented with a mystery, Kyrus, as befitting a trickster or a thief, discovers why the mystery happens, while dour Mortu is called in to make sure the mystery ends. But Mortu is more in the mold of Conan than Fafhrd, a barbarian suspicious of civilization, not infatuated with it. Kyrus is a blend of Eastern and Western monk archtypes, a true believer, but a wandering monk nonetheless, full of the trickery and misfortune that such monks herald. Laudably, Hernstrom does not take the easy route and make Kyrus a hypocrite.

But then Hernstrom refuses the easy path throughout Mortu and Kyrus. None of the Christian characters are treated as hypocrites and monsters, a rarity in a genre that has long been hostile to Christianity (as E. Hoffman Price’s The Book of the Dead reveals). He treats the Cross as a civilizing force and a general good, although one Mortu still remains skeptical if it is an absolute good. While this is the first adventure available to readers, this is not an origin story. Mortu and Kyrus’s relationship is presented as established, and we are not forced to follow detailed stories of how Mortu and Kyrus met, how Kyrus got turned into a monkey, or of Mortu’s earlier life as a solo adventurer. At best, we see quick mentions, no more than needed in the course of brief conversation. The departure from current fashion is refreshing, and it hints at a greater world beyond the White City. Hernstrom deftly balances the mysteries of his wider world with the immediacy of sword and sorcery action. He accomplishes more worldbuilding with a few scraps of description than most writers accomplish with paragraphs of exposition. The effect is reminiscent of Vance’s The Last Castle, where entire swaths of human history are revealed in snatches of description and custom.

If Mortu and Kyrus seems a bit more predictable than Hernstrom’s previous works, it is because he has stepped up to the Great Conversation, “the ongoing process of writers and thinkers referencing, building on, and refining the work of their predecessors.” Here, readers can see the outlines of Ursula Le Guin’s “The Ones Who Walk Away From Omelas”, a particularly notable short work dealing with the dilemma of a hedonistic Eden fueled by the suffering of one innocent. The ones who cannot accept that their paradise requires the intentional suffering and neglect of a child walk away from the city, unwilling to benefit from his suffering, but unwilling to rescue the child. Omelas has been a popular parable in science fiction, revisited time and again, and by such notable shows as Doctor Who. At best, the protagonists rescue the child, but leave the society intact. Few, if any, render judgement against the people who benefited from the abuse of the child, nor prevent that society from finding a new child to torment for their pleasures. Mortu settles the Omelas dilemma with an older, more satisfying approach:


“You may talk of cities and justice all you wish. Tonight, the pagan wins. My anger will be sated and these wicked people brought to ruin.”

It is the approach of the hero, the pagan barbarian, and the Christian knight, illustrated in blood and adrenaline. One where actions matter more than intentions, and honor has meaning.

Fortunately, Mortu and Kyrus in the White City promises to be the first of many adventures for the barbarian biker and the monkey monk. Whether Hernstrom sets out to gore more sacred cows or just let Mortu gore more villains, I eagerly await the next.

Time has not dulled my love for this series, nor my wait for more adventures. Mortu's rage still provides eminently quotable lines that still run true. And others have spoken to better effect about Omelas and the moral aspects of Mortu and Kyrus.

Instead, let us turn to a different aspect of Hernstrom's writing. 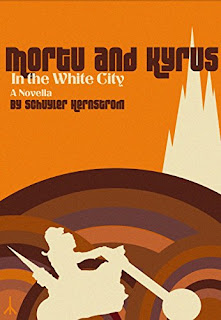 Alexandru Constantin has complained before that much of today's writing style is too thin to support the heft of many story's themes, ideas, and action. Until recently, I had yet to see that. Until "The Battlefield of Kerres" by Jim Breyfogle. The adventures of Mongoose and Meerkat are somewhat undermined by today's contemporary classic style, although later stories are growing into something stylistic that matches the stories. Other authors have had the same problem, including a good many taught by the community around the Life, the Universe, and Everything writers' convention. There are good lessons for craft from those circles, but the style taught there is plain, transparent, and so thin that the outline blocks and concepts can be seen like a skeleton beneath the prose.

Sky Hernstrom instead uses a deliberate style to give Mortu and Kyrus an otherworldly almost dreamlike tone that carries the moral dilemma and axe and sorcery forward to its conclusion. Mortu's dialogue is quotable, not because it is clever or whimsical, as too many writers try for, because it is heroic, with care to the best phrasing possible. I will leave it to others more skilled in English to dissect the Hernstrom style, but read a long section of Mortu and Kyrus, The Gift of the Ob-Men, or The Law of the Wolves out loud. You will hear the difference and how a heroic style gives heroic deeds more impact.

I remain in awe of Hernstrom's ability to imply entire civilizations worth of history in only a couple sentences. If there is one regret to the past couple years since Mortu and Kyrus was originally published, it is that the original cover is no longer used for the story. But the increased reach offered to Hernstrom by DMR Books is worth that sacrifice.
Posted by Nathan at 2:23 PM No comments: